“Dear Electors, I have known Shravan for over a decade now, when RBS/NatWest was involved in structuring and providing international trade instruments for his company’s business needs. His experience in developing territories and understanding of complex financial mechanisms meant that we could construct trade structures that were ground breaking in the industry, with confidence knowing that they would be delivered upon. We have remained in touch occasionally over the years and I have always found him to be committed, courteous and convivial in his approach. I am sure that if Shravan was elected to Common Councilman in Bishopsgate, his commercial flair and experience would make him an excellent representative, for both the larger and smaller businesses in the area.” 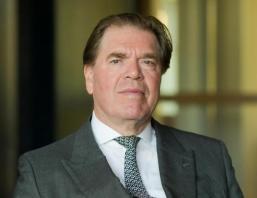 “I have known Shravan and have provided  both domestic and cross border legal advice to his company for nearly two decades. His experience in international energy markets and trade structuring have been instrumental in his successes in some of the most difficult business territories in the World. I believe that his experience from the business world, his ability to communicate to diverse groups and his network within the City will stand him in good stead, if he is successful in the Bishopsgate by-election.”

“I have known Shravan for 15 years and throughout all of that time the two values that have shone out are decency and integrity.

He has run successful businesses and been part of successful teams. I believe that the reason is that he cares. Lots of other people and businesses could provide almost identical services but Shravan truly commits to the people he works with and as a result it feels that he’s by your side when you need him. I’ve been a recipient of that in the past I can tell you that it feels very special.

I believe that his commitment to the City of London through his involvement with voluntary bodies as well as his unswerving support when overseas will make him an asset to the great city of London going forward.”

“I have known Shravan for several years now, both socially and through charity work at ‘Real Action’. I trust his advice and know him to be a reliable and conscientious individual.
Shravan was appointed as a Trustee to our educational charity ‘Real Action’ in 2017. We value his advice and strategic thinking, which have helped us to formulate ways forward for the charity. His standing in The City with livery companies has helped raise funds for Real Action, enabling even more needy children to quickly improve their literacy and future career opportunities.
Shravan has exceptional ambassadorial skills. He has helped raise our profile with several companies.
I am sure that if Shravan was elected as a Common Councilman, he would be an excellent advocate for many worthy causes.”